Technology controlled borders as opposed to physical border walls are center stage in the debate in Europe and in the US—see the shutdown. That is why I am publishing back my interview with  Mexican architectural historian and professor Leonardo Díaz Borioli, PhD (MIT-Princeton), whose team followed Mr. Trump’s instructions for a border wall by the letter. The interns at e3.14 studio in Guadalajara drew out Mr. Trump’s wall with absolute precision. To meet his goal of a self-financing wall, they made it capable of holding 11 million undocumented immigrants. Here is Part 1 of the chat in which Mr. Borioli also touches upon the need for  a new role for architecture in the era of internet communications.

By definition a wall divides an entireness, which is what non-natural boundaries do. Which were your philosophical considerations in designing Mr. Trump’s plan?

It seems appropriate to start with the philosophy of our work, because, after all, what we architects have being doing since the remote beginnings of our profession is to give shape — through buildings firstly and later also on paper — to the words of the most powerful. Thus, when the most unlikely candidate began speaking in a showy context of two absolute perversities, i.e. a border wall with Mexico and how he would deal with illegal immigrants, we decided to showily put images to his words.

The philosophical rational was that words create realities. When these realities are not drawn down they remain abstract. Speaking about the wall, Mr. Trump was de facto building it: his words, by the mere fact of being uttered, were beginning to shape in the minds of the entire world the image of a solid wall between the United States and Mexico.

Architecture symbolizes for mankind permanence, although even this is beginning to change. It tends to be difficult to think that there was civilization where there remained no physical architecture, as is mostly the case of the native peoples of North America. The Egyptian pyramids are an object that is there for posterity. It would have been very different if Mr. Trump had spoken about the border as such or a fence. Speaking about building a wall, he laid down and gave shape to the idea of ​​an unchanging permanence. 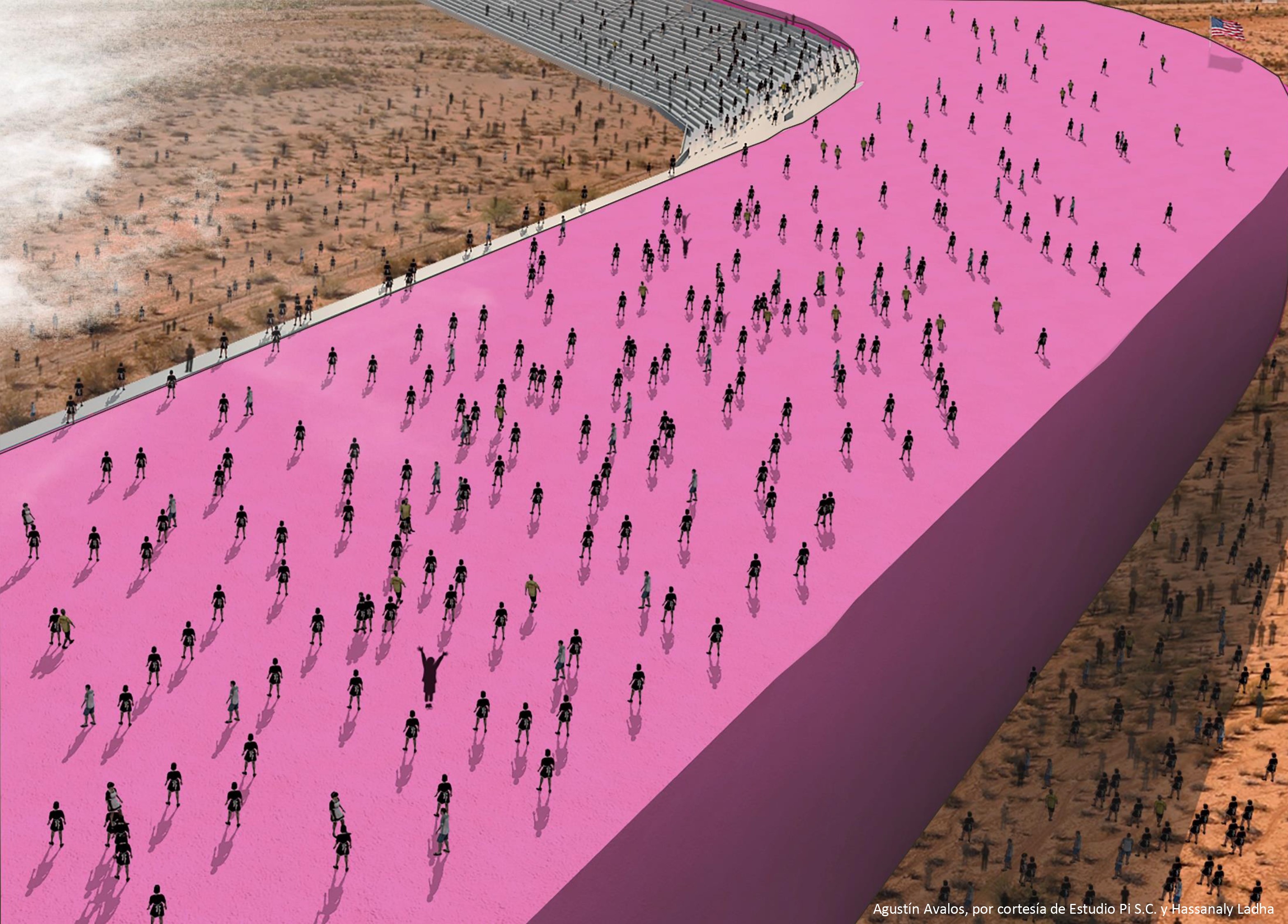 What an unchanging permanence does first and foremost is freeze the US behind it, becomes a prison, yes, but for the American people first, for the American culture, for American ideas. It hibernates and kills the US behind it. This was just a theory when we started drawing the wall, now renown scholars and the CEOs of the world’s biggest tech companies share this view.

You applied the concept of beauty sarcastically. Was there anything else to that?

Being that Mr. Trump acts showily, we decided to visualize the wall in his own logic — which is nowadays based mainly on images and aesthetics that capture the visual appearance of people. This is why the wall had to catch the attention. His words “a beautiful wall” interpreted by the letter led us to Luis Barragán, Mexico’s most important and famous architect, who mastered also the art of setting up shows, and who taught Mexican architects how to be spectacular. No one knows Pedro Ramírez Vázquez, the architect who really built Mexico — hospitals, the famous Museum of Anthropology, schools… — but everyone knows Barragán as the author of the spectacle of his beautiful walls.

Drawing on Mexico’s great cultural and architectural heritage, we said: “This is where your words take you, Mr. Trump: to building a mausoleum.” Hence the surrealistic character of our images, picturing as they do something that is immovable, permanent and which no obstacle whatsoever can stop. If there is a river, it runs through it, when it meets the Mexican Pacific it just plunges in it, if there is a mountain it just crosses it.

The force of nature , however, is huge. Did you envisage that it could take revenge on the wall by burying it under the sand dunes or flooding it? What was the rational as to nature?

A logic of a dialogue with nature is nonexistent. Our philosophical project shows that Mr. Trump’s words support only his undeniable skill — he is brilliant here — at giving shape to a concept of immovability for the US. This unmovable wall could also fly in space for that matter, because it is not an architectural entity.

How did the idea of ​​a prison capable of holding 11 million prisoners — and of accommodating 6 million staff — come about?

Mr. Trump’s perverse immigration policy, which we believe will be more so for Americans than for foreigners, includes deporting undocumented immigrants. Here again we decided to take his words literally: if the plan is to detain 11 million people unlawfully present currently in the US, why not use the wall to the purpose? Thus came about the concept of a Prison Wall, a wall that becomes a prison for these 11 million illegal immigrants — and the staff needed to maintain and service it.

It seems you achieved the goal of having the public visualize the wall’s “beautiful monstrosity”. Did you have other goals?

This act of caricature or architectural criticism was also an exercise on the intersection between architecture and the media. As a scholar of architecture, I find that architecture has not yet used its power to visualize and crystallize words that are capable of generating real social movements.

Somehow paradoxically, ours is a work of art whose aim is not design as such and not even a statement, but a way to bring architecture forward from the culture pages to the front pages of a newspaper. In other words, it was an exercise to show how capable architecture is to start and literally shape a global political dialogue.

The second part here. Sorry, I was busy and could not write about my primary topics. Hope you enjoyed this detour. 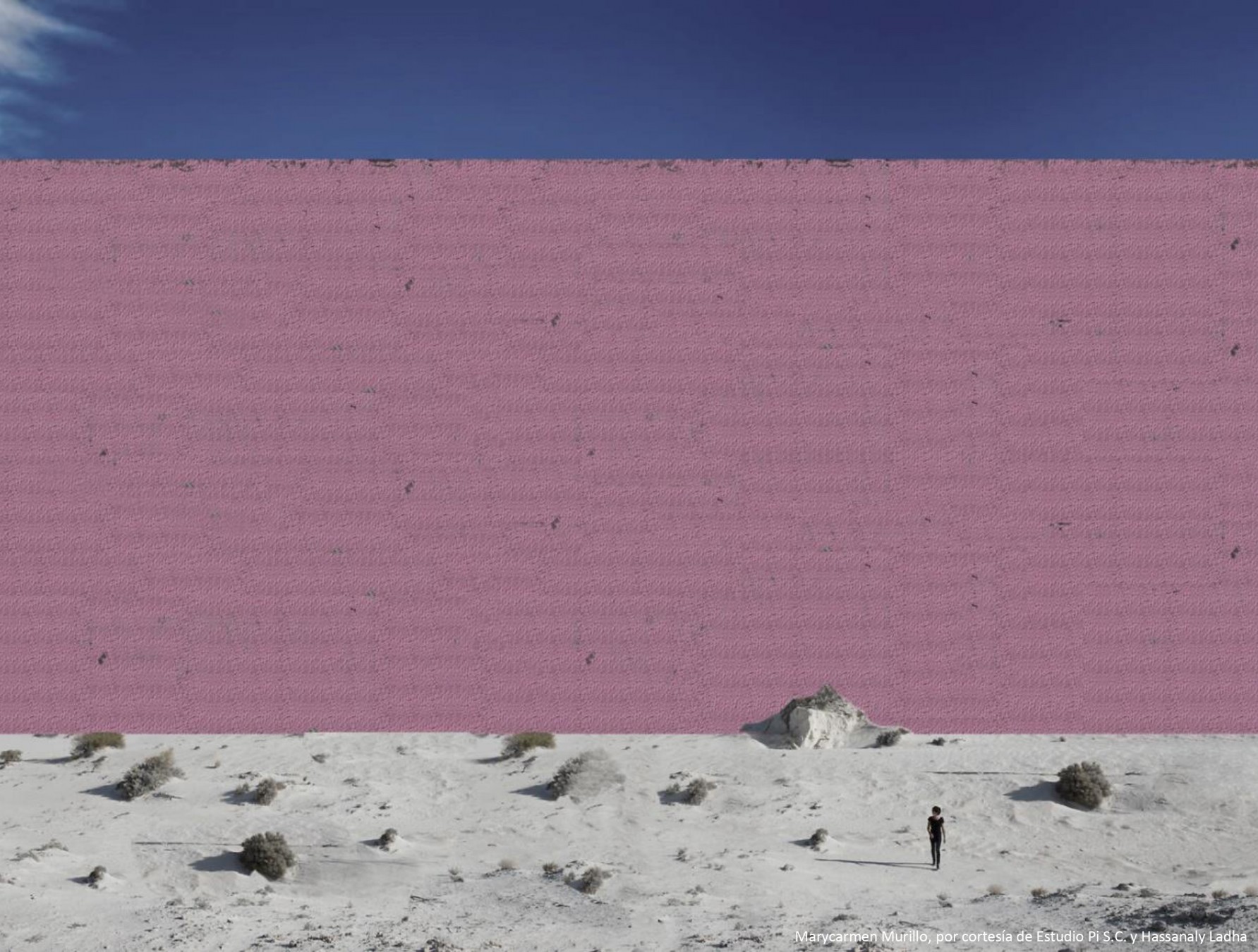